Sale on canvas prints! Use code ABCXYZ at checkout for a special discount!

In Search of Otter Happiness 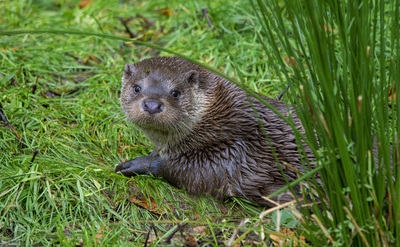 I wanted to take this opportunity to tell you a little about ourselves and our site here.
Why the title, in search of Otter happiness? Well, there's a long ole story behind my love and fascination with otters but we'll just stick with the juicy stuff!

As a kid, I grew up like many other children did watching Tarka the Otter and Ring of Bright Water, films that have inspired me ever since! Growing up in London I spent many an hour after school sat by the otters at London Zoo in total fascination. I developed an interest in photography around this time too, though it has only been in more recent years that I have taken it much further. I often used to joke and tell my mum I wanted a pet otter! well, of course, I was just a kid back then and let's just say that otters and London life just don't mix, not to mention anything about the ethics of it all!!!! .......... so i settled for the next best thing!!! To try to see an otter in the wild (Which i am still trying to realize!) and spending much of my spare time photographing them (as well as other animals) in zoos and wildlife parks! I love to travel abroad too and have been fortunate enough to go on safaris in Africa!

When i was 16 i spent a week at the Tamar Otter Park in Launceston, Cornwall, UK volunteering with the otters and other animals at the park. I funded it and organized it all myself. A truly proud moment with many wonderful memories! I then returned to the Tamar Otter Park just last year whilst on holiday in Cornwall. It was a very emotional time as it turned out to be the last week that the centre was to remain open. Sadly they had to close due to losses as a consequence of the Covid Pandemic. One bit of good news........... let me introduce you to Reggie!!!

I first saw Reggie during the 2 visits I made in Oct 2020 and learned about his plight. He had been bought into the park in Aug 2018 aged about a year to recover, having been injured. He was in a sorry state but was nursed back to good health, though was not in a position to ever be released back into the wild. So what happened to Reggie when Tamar Otter Park closed?

Roll on to Sept 2021 and I received an email from Dave, founder of the UK Wild Otter Trust. "just wondering if you are still interested in volunteering with the otters?". (We first had contact 2 years previously when i applied for a position volunteering........ the problem.......... i was living in Eastbourne, East Sussex (where I still reside) and the position was in North Devon. At the time it wasn't feasible to relocate.)

"oh wow, yes absolutely interested Dave"!!! fortunately, i had a week's annual leave coming up so where did I spend it? why with the otters of course! and guess who i met while there???? .... you got it!!!! ....... Reggie!!!! He has found his forever home in the beautiful Devon countryside in the care of the trust.

I spent the best part of the week chatting to Dave about the requirements of the role, meeting the other volunteers, and getting down and dirty with routine maintenance like painting fences etc and i loved every minute of it!!!!

The UKWOT Is a charity that was set up to help promote the European Otter and it's conservation and rehabilitate injured and orphaned otter cubs that are to be released back into the wild when developmentally ready. One of the biggest highlights of my life was during my week there when I was privileged to have been able to go out with Dave to release a pair of otter cubs back into the wild. Such an incredible feeling!!!! One I would like to be involved in on a permanent basis!!!!

The UKWOT recently moved to a new site with lots of space to accommodate up to about 20 otters in need of rehabilitation, as well as providing a permanent home for those unable to be released back into the wild. There is a lot of work to be done though!

Since returning home last week I have made it my mission to try to raise funds so I can relocate to North Devon so that I can be near to the centre to help out as much as possible!!!!
For me, this is the opportunity of a lifetime and this time i intend to make it happen!!!!!

Thank you for taking the time to read my blog here! If you would like to find out more about the work that the UK Wild Otter Trust does, please check out their website.